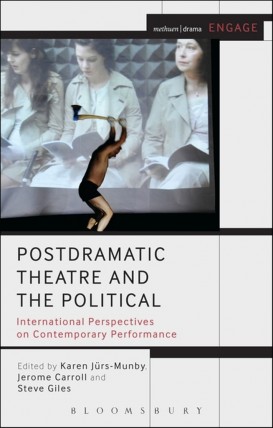 Is postdramatic theatre political and if so how? How does it relate to Brecht’s ideas of political theatre, for example? How can we account for the relationship between aesthetics and politics in new forms of theatre, playwriting, and performance?

Offering analyses of a wide range of international performance examples, scholars in this volume engage with Hans-Thies Lehmann’s theoretical positions both affirmatively and critically, relating them to other approaches by thinkers ranging from early theorists such as Brecht, Adorno and Benjamin, to contemporary thinkers such as Fischer-Lichte, Rancière and others.

Edited by Karen Jürs-Munby, Jerome Carroll and Steve Giles, this book grew out of an international conference on Postdramatic Theatre as/or Political Theatre: Representation, Mediatisation and Advanced Capitalism, held at the IGRS in London in September 2011.

A Good Night Out for the Girls: Popular Feminisms in Theatre and Performance