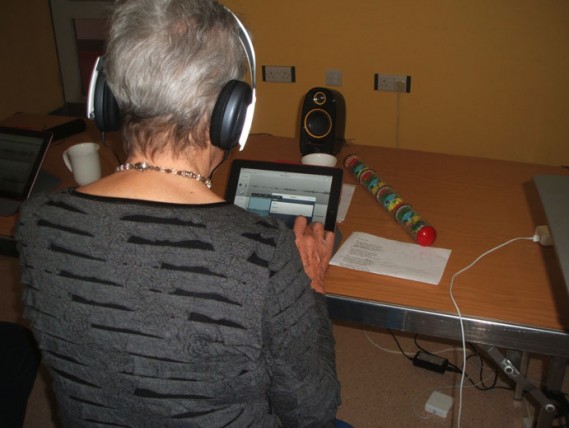 This project by Linda O’Keeffe is funded by the Irish Research council. It explores increasing the access of older people to creative opportunities, and generating interest in research, which examines the social implications of sound, music and performance produced by older people.

The first pilot stage of this project was completed in July of 2014, with a second stage to begin in December. The pilot project involved working with a group of older people from U3A in Derry, in the production of an album of sound art using IPads and audio apps as well as digital sound recorders. The second stage will begin with the establishment of a working participatory group of older people.

This group will work in various sound fields including soundscape practice, soundwalking, deep listening training, sound recording and editing, and collective performance. Next, an app developing group will work collaboratively with the users and O’Keeffe, in an iterative dialogue, to create a cohort specific audio application.