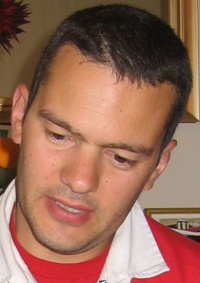 Theatricality and Interrelations Between Art Film and Theatre (TIAFT) is a Research Networking Project funded by the AHRC, running from January 2017-June 2018. The project seeks to achieve two main aims: 1- to theorise the intersections and interrelations between the fields of art, film and theatre. Chiefly we have thematized this …

In This World, Not Above It

In This World, Not Above It Related posts: Directory of World Cinema: China

In Praise of Love

Richard Rushton is currently drafting a book called In Praise of Love. The book examines themes of love and marriage in some European new wave films of the 1950s and 60s, films like Godard’s Le Mépris, Antonioni’s La Notte and Fellini’s 8½. He is also working on a short book called Deleuze …

Related posts: A Good Night Out for the Girls: Popular Feminisms in Theatre and Performance Racial justice and the politics (political aesthetics) of black American cultural and artistic production Under a Bad Sign: Criminal-Self-Representation in African American Popular Culture What is Film Theory? An Introduction to Contemporary Debates