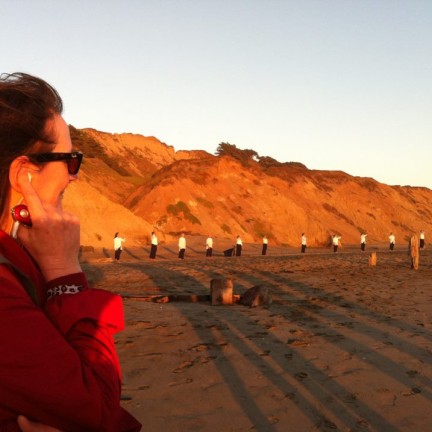 Hear Me Roar! Festival 2016 Ages, Stages, Phases. 8–12 March, Across Lancaster Bringing together diverse communities and ideas, the Hear Me Roar! Festival seeks to promote intergenerational dialogue understanding and cooperation, between feminists past, present and future. Highlights of the festival include: World-renowned artist and activist Lois Weaver performs as …

A Good Night Out for the Girls: Popular Feminisms in Theatre and Performance

This book aims to ‘expand’ the scope of the sort of practices and theoretical approaches that have been the mainstay of feminist theatre and performance criticism for at least a decade. Less concerned with identifying and re-marking scholarly and genre boundaries, it seeks to identify and explore the sorts of concerns …

After nearly two decades of the (apparent) cultural dominance of a highly conservative and divisive ‘postfeminist sensibility’ in the US and the UK, the starting point for my Contemporary Theatre Review article, ‘Post- Postfeminism? Amelia Bullmore’s Di and Viv and Rose, April de Angelis’s Jumpy and Karin Young’s The Awkward Squad’, …

The aim of One Billion Rising (OBR) was to stage a day of global mass action on 14 February 2013 in which one billion women and men worldwide would ‘walk out’ (or ‘strike’) rise up, dance and demand an end to violence against women and girls. After a brief introduction which contextualises this event …